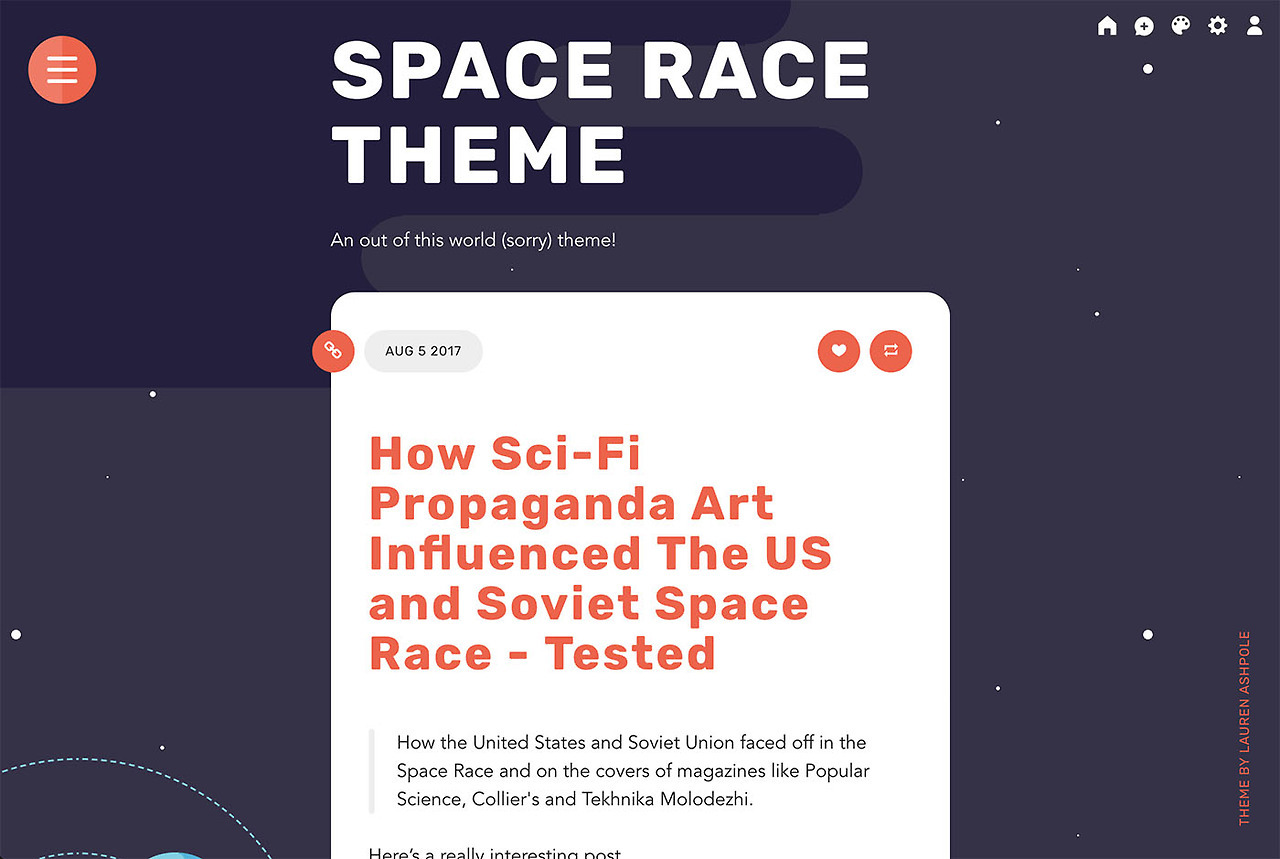 So I was in the middle of a futuristic sci-fi theme but I kept running across great flat space illustrations and couldn’t get that design style out of my head. Space Race is the result.

This theme is responsive and should work on at least the last two versions of all modern browsers (IE10 isn’t pixel perfect but it works). It also includes optional animated celestial objects like comets, meteors, satellites that are pure CSS and were partly inspired by my attempt to do the Daily CSS Images Challenge (work interfered with that pretty early on).

Fonts and colors are totally customizable and you can choose between a single or double column layout.

And possibly other features that I’m forgetting. If you have any questions about getting the theme set up, let me know. 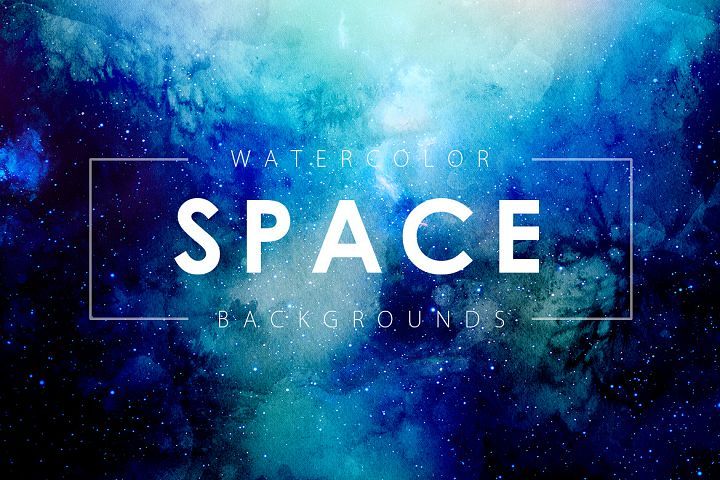 Here’s a great set of backgrounds that will be free on Design Bundles until 06/30/17.

If you’re following me for news about Tumblr themes, I have one in the works that these would pair really nicely with so you may as well just download them now just in case.

So I wanted to get better at using flexbox and break the habit of automatically typing float: left whenever I need a column and a new Tumblr theme seemed like the best way to practice.

Flexo theme is the result and it’s available in Tumblr’s Theme Garden here. You can also check out the preview blog here.

And is mobile friendly.

This is my first Tumblr theme in a while and I think I included all the standard features but if I’m missing anything major feel free to let me know.

I’ve been working on a project and we needed to add a custom submission form to a Tumblr blog. If you’ve never tried it, it can be a bit of a hassle. Tumblr’s official submission form is in an iframe so you can’t edit the fields or the styles. You can’t use your own server-side scripts.

So after slogging around for a while I came across Dropbox Forms on JotForm and oh my god it’s kind of the greatest. You can embed any kind of form, anywhere on your blog, and it’s easy. Maybe this has been around for a while and I’m just finding out but it’s not the first hit when you Google adding forms to Tumblr and it really should be.

Maybe it’s the new Theme Garden set up, or the fact that the customize screen doesn’t work at all on an iPad, but I’m having trouble getting excited about working on themes for Tumblr lately.

It might be time to try something else for a while, learn something new. Ecommerce could be fun. Creating themes for Magento or WordPress shops.

Should be different at least.

Just submitted a new theme to Tumblr’s Theme Garden. No idea how long it will take to find out if it’s accepted or not but keep an eye out if you’re into that sort of thing.

A couple are actually scripts or widgets but they’re helpful nonetheless.

Tumblr Tag Clouds by Heather Rivers. There are other tag cloud generators for Tumblr but, in my experience at least, this one is the easiest to set up and style. And, it’s super simple to add to custom themes.

Tumblr Infinite Scrolling Instructions by Cody Sherman. Another easy to install script with really detailed instructions. I don’t often use infinite scrolling but when I need it, this works like a charm.

5 tips to boost your Tumblr design by Guillaume Belfiore. The sections on CSS block customization and defying linearity are really handy. And if you want to include your Tumblr posts on another website, I would recommend this overview of Tumblr’s javascript.

How do I get large images in my Tumblr custom theme? This one is from Stack Overflow. The maximum size for images on Tumblr themes is 500px but the second answer on the page by Fred Stevens-Smith offers a great workaround for displaying high res photos instead.

Just updated the Mellow Yellow theme. Cleaned up the code a lot and added Google Analytics and Disqus commenting.